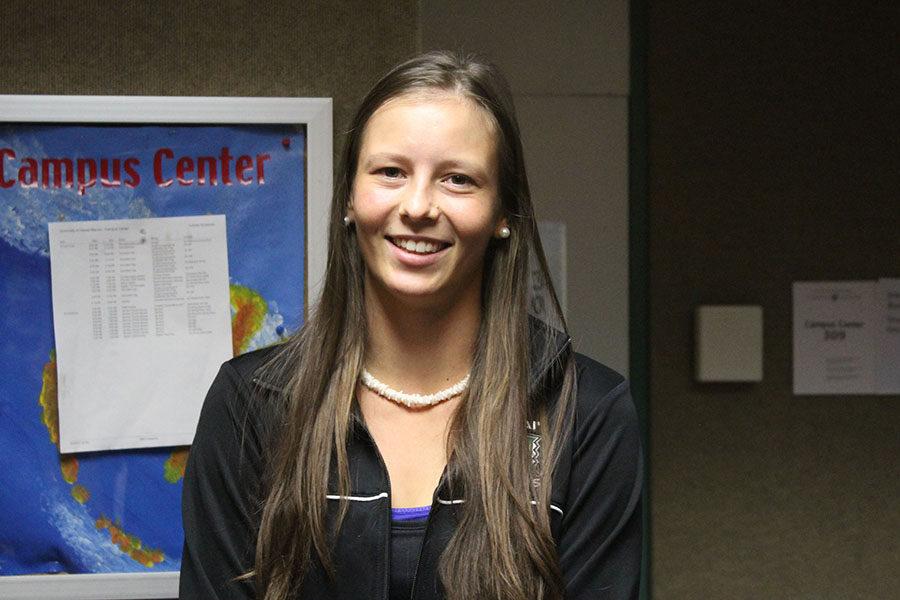 Coming from the Czech Republic half way around the world, UH Mānoa Sophomore tennis player Marina Hruba, has had to overcome numerous injuries and adjust to a life so far from home to achieve what she says was a “surprisingly outstanding” 2016 Freshman season. Finishing with an overall record of 21-1 as well as clinching the 2016 Freshman of the year award, it took more than just effort for Hruba to accomplish such amazing feats.

After graduating from Economical High School in the Czech Republic, a High school she says she, “I had to go to that school” because of the hate she would receive from her former classmates and teachers at a High school she attended her Freshmen year. Economical High School a school, “that was for sports people” says, Hruba she was able to go to school without being criticized for missing class to play a sport.

This treatment Hruba received, did psychologically cause her problems. However, Hruba was able to push through this adversity even without her parents 100 percent support and pursue the sport that she is passionate about saying, “I love tennis and it’s what I want to do.”
While playing in the Czech republic she thought of playing professionally but hit a stump after injuring her heel that left her unable to walk for 6 months. She was able to recover from the injury to only be hit with another, hurting her shoulder a couple of months later. “I lost almost the whole summer,” says Hruba from the injuries that she sustained playing tennis.

Although Hruba did almost lose a whole summer due to injury, she continued to pursue her goal of playing tennis.

Her unwillingness to give up even after coming back from her injuries and not playing so well in Czech, would later prove to be a key contribution to her success at UH when UH head coach Jun Hernandez spots Hruba playing in Europe.

From that point on, Hruba says that she was just surprised at how well she was playing during her Freshman season, and how nice the people here at UH are.

Hruba is currently not in season and is preparing for what she hopes will be an even better season from the last.