Hawaii’s 2021 Journalist of the Year 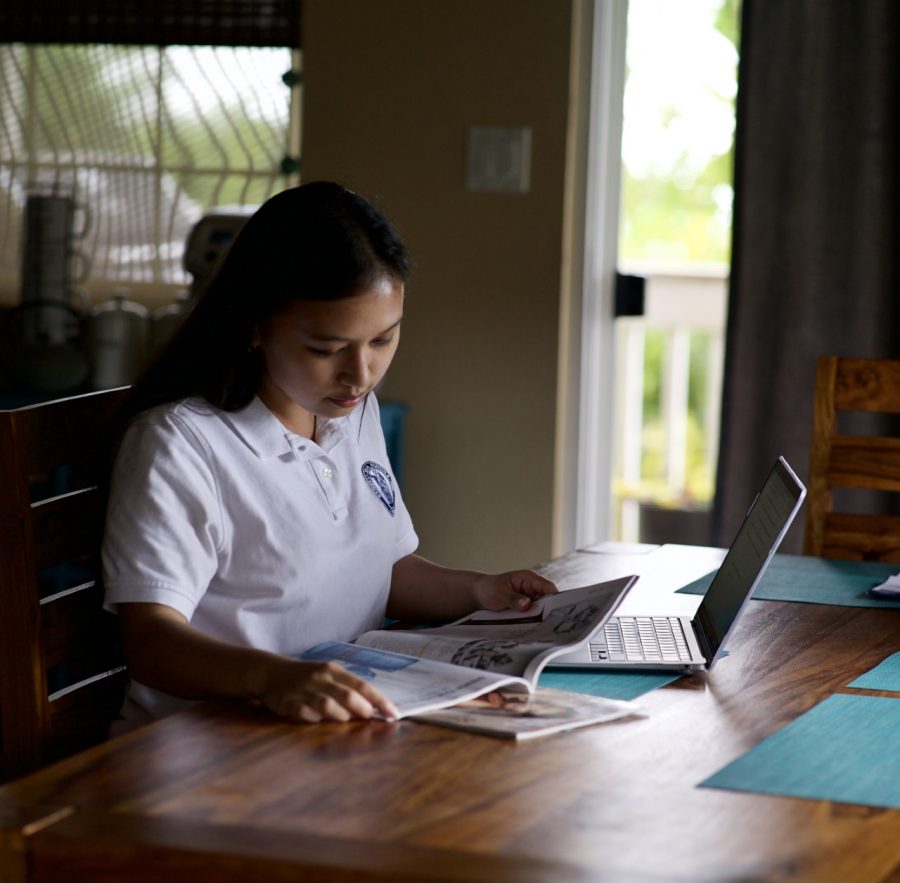 Savannah Rose Dagupion of Kamehameha Schools Maui is Hawaii's Journalist of the Year.

Thank you to our judges:

I was one of two people who signed up for the literary arts program in my sophomore year. This meant that they couldn’t offer journalism because there were not enough people to make a class.

Before I even tried to join journalism, all I heard was “it’s gonna be a lot of work,” but what I didn’t know is that “a lot of work” meant I’d have to actually get the class on the schedule myself so that I could take it.

I begged the registrar and adviser to let me have the class.

“I’ll do all the work! Make newspapers, post articles!” I promised, but I wasn’t convincing anyone. The only solution was to find more students to sign up with me.

I found barely enough students to sign up and we eventually were allowed into the Literary Arts academy in my junior year. Five other staffers and I formed the first staff in two years, and we were definitely one of the smallest teams to work on our school’s publication, Ka Leo o Nā Koa. This meant that our publication didn’t have any recent content. Obviously we had our work cut out for us.

I learned all I could and published my first article within two weeks of me being there. I came out of the gate strong with the intention of reviving the Literary Arts program. I wanted to ensure that there would be a program in future years and that its staffers would have editors to look up to because I didn’t have that in my first year.

I dreamt that they would be able to use my Pulitzer Prize-winning work as examples, haha.

I found myself taking on more responsibilities than other staffers as I tried to compensate for the year of journalism I had lost.

Each story was an opportunity for me to learn, and I improved, one assignment after another. Without editors, I learned how to guide and motivate myself. The journaling, writing, and art that I experimented with in middle school blossomed into a passion for serving the Maui community, giving the underrepresented a platform, advocating for journalism, and using my mindset to lead the journalism and yearbook staffs–even before I was an editor.

Outside of the journalism classroom, I talked to counselors and teachers about underclassmen who would have potential in literary arts, and I reached out to each student they recommended and encouraged them to join our program. I was able to get one student to enroll–success! It might not be everyone’s definition of success, but it felt like I’d just saved the world.

Ready for more conquests, I brought back Nā Koa magazine, an offshoot of our student newspaper that is aimed at teens islandwide. I spent my entire senior year summer planning it, gathering interviews, writing stories, laying out the pages, and publishing it, and in the week before school started, my co-editor and I published the first new issue in three years.

In between it all, I even managed to pick up a few awards: one from our state publishers association and the other as “Most Valuable Staffer,” as elected by my Ka Leo O Nā Koa peers.

What’s amazing about journalism is that it comes in many forms and allows me to express myself through various media.

In a fractured year where everything from racial equality to the simple act of wearing a mask was politicized, I saw the importance of objectivity in reporting. At the core of my work is the idea of increasing reliability and credibility in journalism around the world. My goal is to bring back the public’s trust in the news media, and by reestablishing the journalism program at our school, I think I’ve taken one small step toward meeting that goal.

I will be leaving soon for the Walter Cronkite School of Journalism and Mass Communication at Arizona State University, and I hope that my creativity and drive will leave a mark there as they have here at my own high school. I want to run the full marathon of collegiate journalism and cross the finish line strong to stand on the winner’s podium in the offices of Vogue magazine someday.

Hearing “it’s gonna be a lot of work” doesn’t phase me at all. The amount of work doesn’t matter when I am fighting for something I am passionate about and doing work that I love.

If you are a high school journalist or adviser, you can find out more about this contest here.

Savannah is attending the Walter Cronkite School of Journalism and Mass Communication at Arizona State University. This article about her win was published on the school’s website.