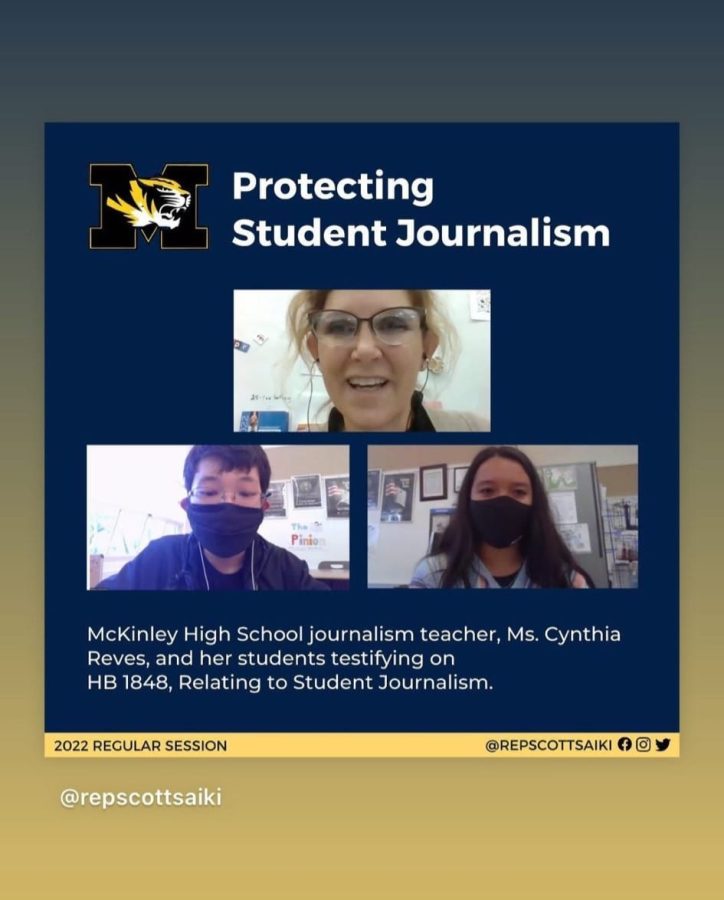 This story is in reverse chronological order. You can also follow it in real time by visiting HSJA’s Facebook page.

May 2022 was the end of a six-year journey by scholastic journalism advocates in Hawaii. The first two years were spent advocating to the board of education to change Policy 101-9 School-Sponsored Student Publications and, when this advocacy failed, learning how to create a bill. A bill has two years to become law or it must be reintroduced. Two bills were introduced in the 2019 Session but didn’t get heard. In the 2020 session, one again didn’t get a hearing and the other died in its final committee in June 2020. The reason given was the pandemic caused priorities to shift. Both bills were introduced again in the 2021 Session, with new numbers and added protection for post-secondary scholastic journalism. Neither got a hearing that session. In the 2022 Session, the house bill, sponsored by Rep. Takashi Ohno, did not get a hearing and the senate bill, sponsored by Sen. Les Ihara, died because its second committee failed to hear it. However, Rep. Scott Saiki introduced a new bill with the same language and that bill moved through two house committees and two senate committees and governor approval. Details of the bill signing can be found here.
SUMMARY FOR THE 2022 SESSION
On Monday, May 23, 2022, Gov. Ige signed the Hawaii Student Journalism Protection Act into law.

HB781 didn’t get a hearing and SB214 passed one hearing before dying without being heard by its second Senate committee.

Speaker Scott Saiki offered to also introduce the legislation, as HB1848. This bill moved through two House committees and two Senate committees unanimously with minimum amendments. The only testimony not in support was by the DOE, who provided comments only.

KK, We Gotchu interview (30 minute interview by Lichen Forster. The students speak more towards the end of the interview.) 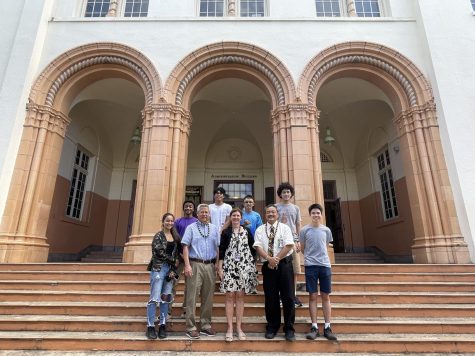 It now crosses back to the House floor before going before the governor for approval.
SUMMARY FOR THE 2021 SESSION
March 2021
Neither bill got a hearing: HB 781 and SB214

HB1529 has support from the Star Advertiser editorial board. Mar. 14

After moving through three house committees and the senate education committee, HB1529 was deferred indefinitely by its final committee, the senate Judiciary committee, at its June 30 hearing. The written and oral testimony was in support, with the exception of the DOE, which simply made comments. This means we will need to get sponsors to introduce new bills next year. 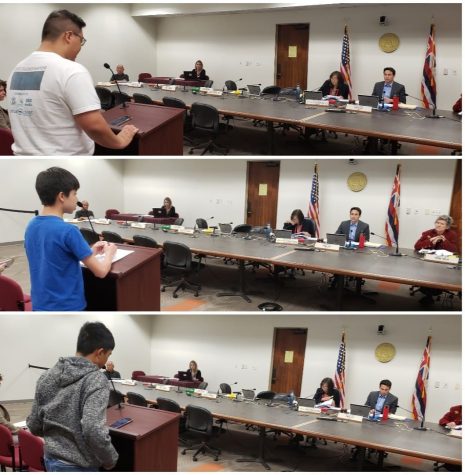 SB2608 did not get a hearing date. However, the house bill, HB1529, did. It passed LHE, its first hurdle!
Two students, a high school adviser and the president of Hawaii Publishers Association testified in person and 13 testimonies were submitted online in support. The DOE testified with some concerns.
SUMMARY FOR THE 2019 SESSION
HB1529 died because no committee scheduled to hear it.
Pre-journey
This journey started in the summer of 2015 when I went to the JEA Advisers Institute in Las Vegas and met for the first time Jenny Howe, the journalism adviser at Roosevelt High School, the school just up the hill from mine. We decided to meet regularly to discuss issues related to scholastic journalism in Hawaii. Two others joined us, Larry Wayman who advised Farrington’s student newspaper and Jay Hartwell of UH Manoa and Hawaii Publishers Association. Out of these meetings was born the Hawaii Scholastic Journalism Association. One action item we choose was policy to protect those involved in Hawaii’s scholastic journalism community, so we joined the national movement called New Voices. Since Hawaii is unique in that it has only one Department of Education, we decided to start by requesting a revision of the Board of Education student publication policy rather than state law. We met with the DOE ELA specialist and with the BOE president. In the end, the DOE decided there was not enough interest in a policy revision and that the current policy was adequate. With the BOE, we were never able to get on a meeting agenda. So we began to learn about bills. Jenny met Rep. Takashi Ohno at an event sponsored by the Hope Street Group’s teacher fellows. He agreed to sponsor the bill. Rep. Justin Woodson, chair of the education committee, met with us several times and his staff answered lots of questions. Sen. Les Ihara was the representative for the district I live in and agreed to sponsor a senate bill. He and his staff also met with me and answered my many questions about the process.