Benefits of the only collegiate marching band in Hawaii 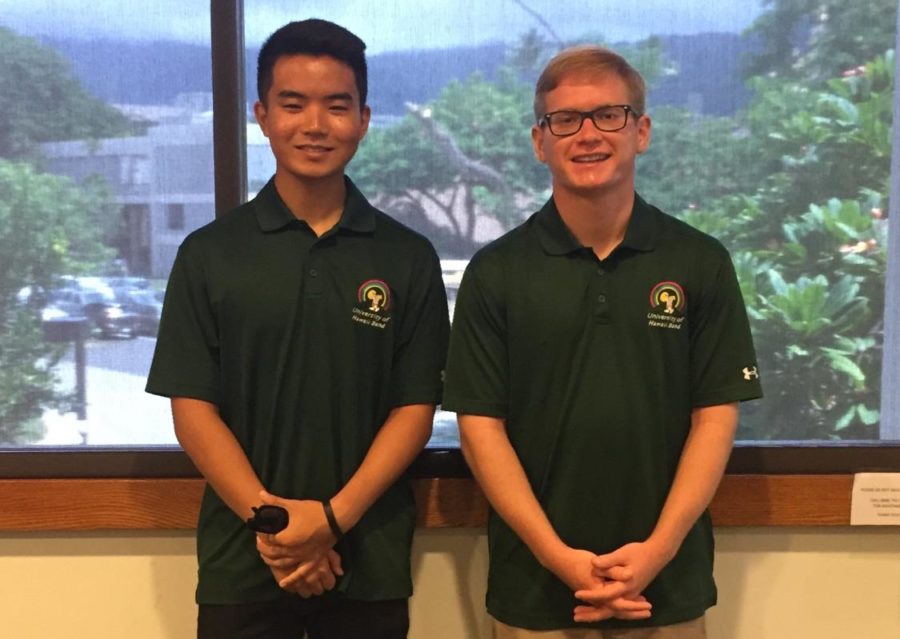 The marching band treads in a matched pace simultaneously accompanied by the unity of various instruments.

“In band, you are working towards a common goal and you learn that what you do as an individual really does affect others, whether you realize it or not… it’s really a rewarding experience,” said Fredy Schulz, head drum major of the University of Hawai’i Rainbow Warrior Marching Band.

The UH Rainbow Warrior Marching Band is the only collegiate marching band in Hawaii, with about 250 members, open to incoming freshmen and university students. The marching band rehearses three times a week, for an hour and a half. Schulz, along with Reeves Higashionna, assistant drum major, usually facilitate the rehearsals following a rigid schedule.

Compared to high school, college band is not competitive. In fact, the UH Rainbow Warrior Marching Band has performed in multiple football games in the Aloha Stadium, along with gigs on campus. The marching band’s most notable appearance was in the 1992 Holiday Bowl in San Diego, and the 2008 Sugar Bowl in New Orleans.

For Higashionna, marching band brought out his personality, allowing him to develop new relationships, as well as become more open about himself.

“It’s really such a safe environment and a huge community to be a part of,” he said.

“We play a big part of the community, and it’s really exciting when people all around are excited for us to be there playing,” Schulz said.