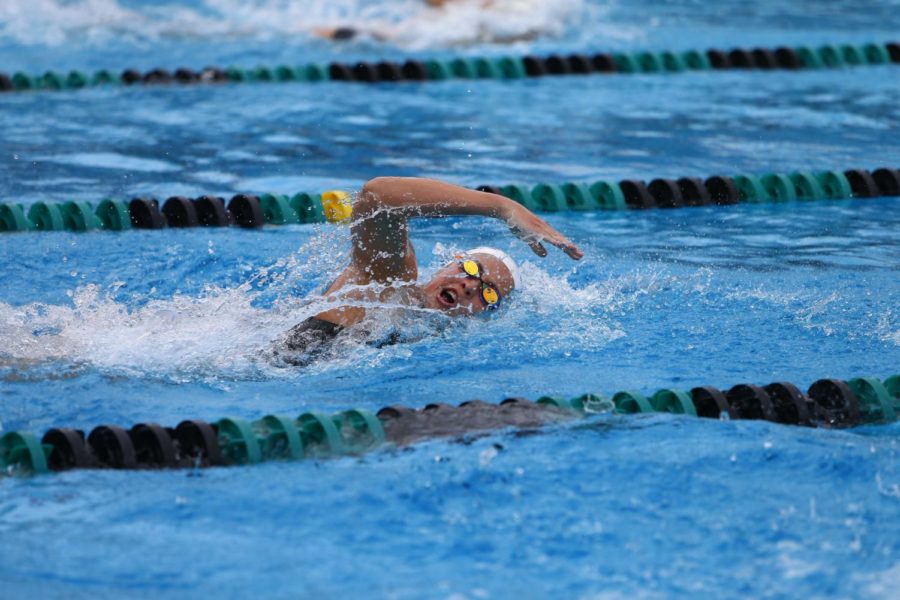 Phoebe Hines, a senior athlete swimmer at UH Manoa shows love to her new home and community. Coming from another country, she’s adapting to her new lifestyle as a Hawaiian wahine.

“I am very lucky to go out and swim down at Waikiki, to see all the turtles and watch the fish swim around and enjoy the wildlife but at the same time I know myself and the rest of the team try to pick up the trash when we’re on the beach practice as a team and we never leave any trash behind,” said Hines

Hines arrived in Hawaii at the age of 17 and didn’t know anyone here except one person who left Hawaii at that time. Hines’s goal is to make Hawaii known for swimming on a national level.

“Being an international student, it is hard to be here because we have to pay for our visas and to pay for our insurance. It is very expensive to live in another country on your own,” she said.

Hines enjoys the atmosphere on this campus. She was lonely and had no one to interact with until 1 week of staying here and got to know the swim team and now calls them family. Hines is a freestyle swimmer in UH and swims the 1 mile race.

Some other achievements in Hawaii were when Phoebe Hines was called last minute to swim on Maui with the Tattersalls Club and was the first female member. It was also her first channel swim race.